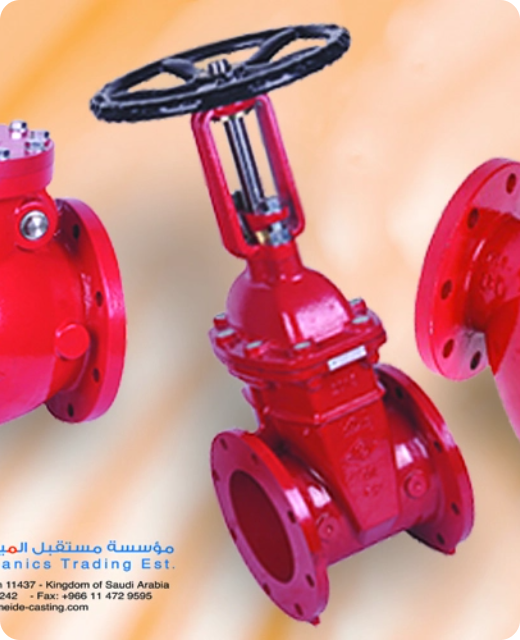 It is used for Flow Lines and Manifolds, where the pressure is less than 2000 psi. It is in the forms:

Bore valves: such as Gate Valve, Plug Valve and Ball Valve. Plus the Globe Valve.
Gate Valve
It was called by this name for the presence of a gate on the direction of flow, and in the case of fully open, which leads to no resistance to flow, and therefore a slight pressure difference between the two ends of the valve.

drop valve
This type is preferred at Fully Open F.O. It is not used for throttling purposes as this causes gate exudation and valve vibration and is used in X-mass Trees, Flow Lines and Manifolds. Depends on the type of metal it is made of. The difficulty of continuous lubrication of this type. One of its advantages is its low cost. – It should not be used in liquids containing abrasive or sandy fluids to avoid scratching the inner surface. It can be used on both sides.

LED Globe Valve
Because of its design, it is mostly used for throttling or to reduce flow, and it can also be used in control valves. where the distance between the total open position is F.O. and total closure F.C. female relative. This valve is characterized by the possibility of replacing internal parts easily. There are many designs of this type of valve, so it can be used in control valves. And it needs a lot of energy to move it for large sizes. It is heavier than other valves for the same flow rate. It is characterized by its low cost and simple maintenance. It is a little sloppy. It can be used with abrasive liquids. Another design of this type of valve is Y-body type, which is 45˚ in angle suitable for high pressures, intermittent flow, and has little pressure loss.