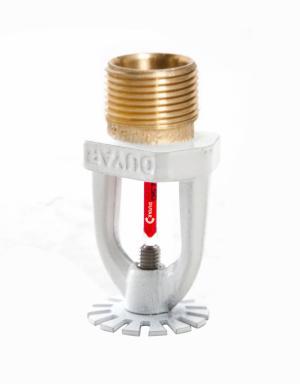 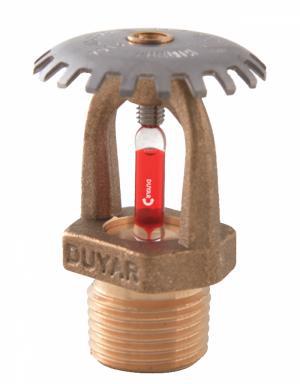 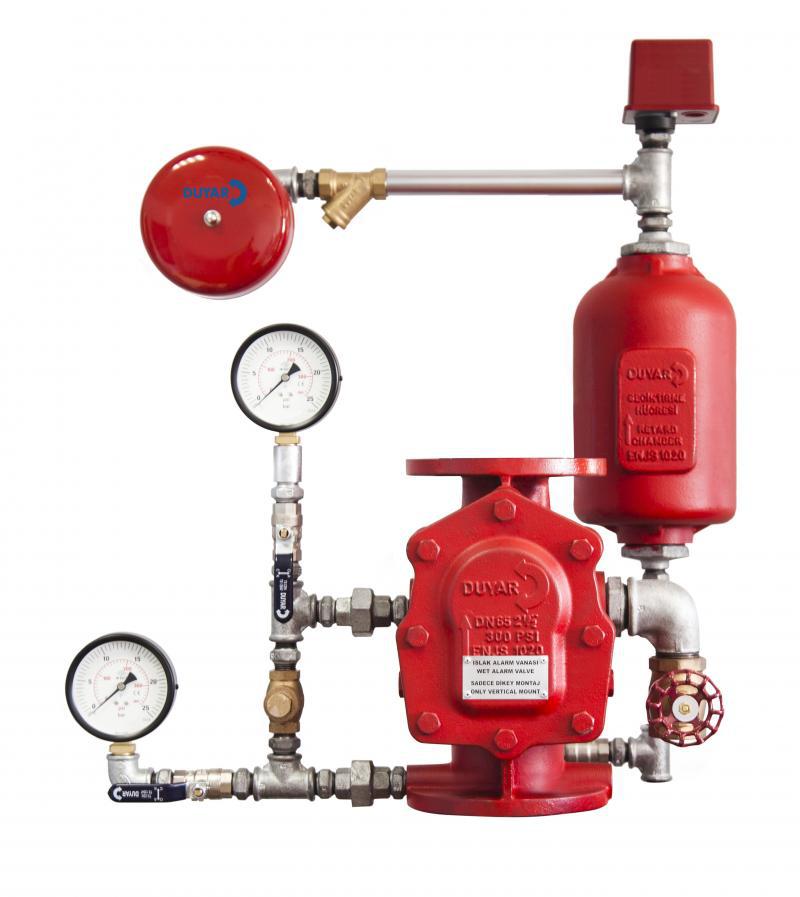 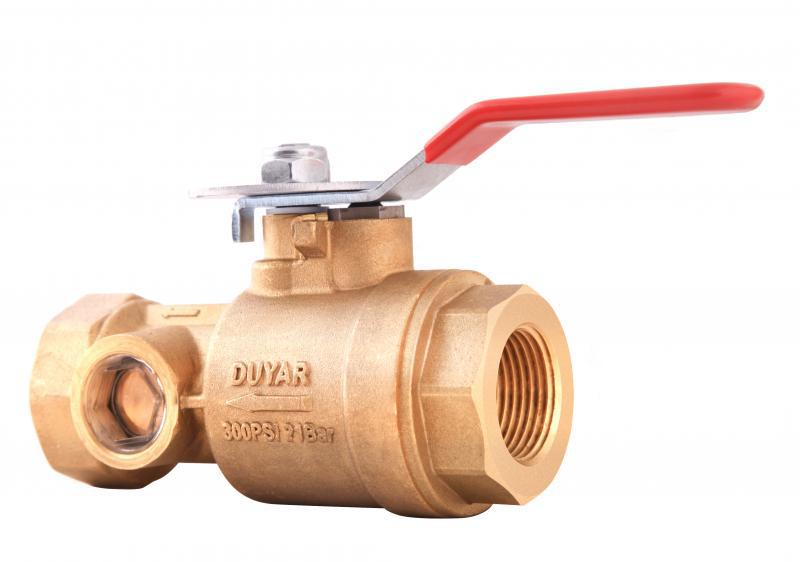 I. DUYAR Sprinklers.
Duyar sprinkler is easy to use and extremely safe. Sprinkler is placed on the specially
designed piping system such that iscovers the area requiring protection. One of the most
significant components of the stuffing, the fluid in the glass tube expands and goes off due to
the temperature generated by fire. Because the ambient temperature exceeds the maximum
expected ambient temperature by 30°C during fire, the maximum ambient temperature of the
sprinkler should be chosen to be at temperatures above 30°C. Once the glass tube of the
sprinkler above the fire, the water under pressure hits the deflect and sprayed over fire. Only
the sprinkler heating up during fire goes off, thereby releasing water.
II. DUYAR Test & drain valve.
It is used to conduct testing and maintenance on sprinkler systems. With the orifice in
different sizes inside, it creates a flow equivalent to the flow passing along one sprinkler only
and enables tests of alarm devices on the lines for checking purposes in the case of sprinkler
water flow. The orifice diameters of the smallest sprinkler and the test drain valve in the
system should be equal. It is also used as a drain valve to discharge water in the piping by
changing the position of the valve. There is a sight glass to observe the flow.
III. DUYAR Wet alarm check valve.
The DUYAR wet alarm valve is designed for applications where the water is unlikely to
freeze. The water staying pressurized in the pipes is released over the fire area after the
sprinkler is activated due to fire. The pressurized water system is not only feed
contionuously, but also fills in the retard chamber. After the chamber is filled, the pressure
switch on the chamber is actuated. The pressure switch sends the alarm information to the
fire warning system or the automation system. After the pressure switch is actuated, the
water is delivered to the water-motor gong and releases a mechanical alarm. 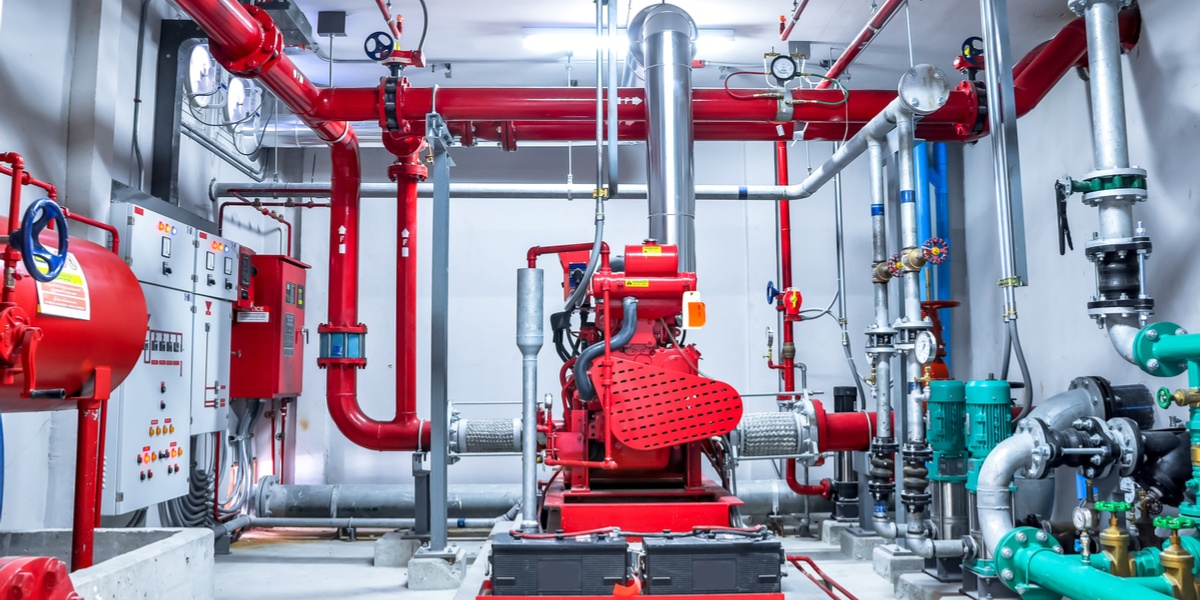 The future of mechanics, iron pipes 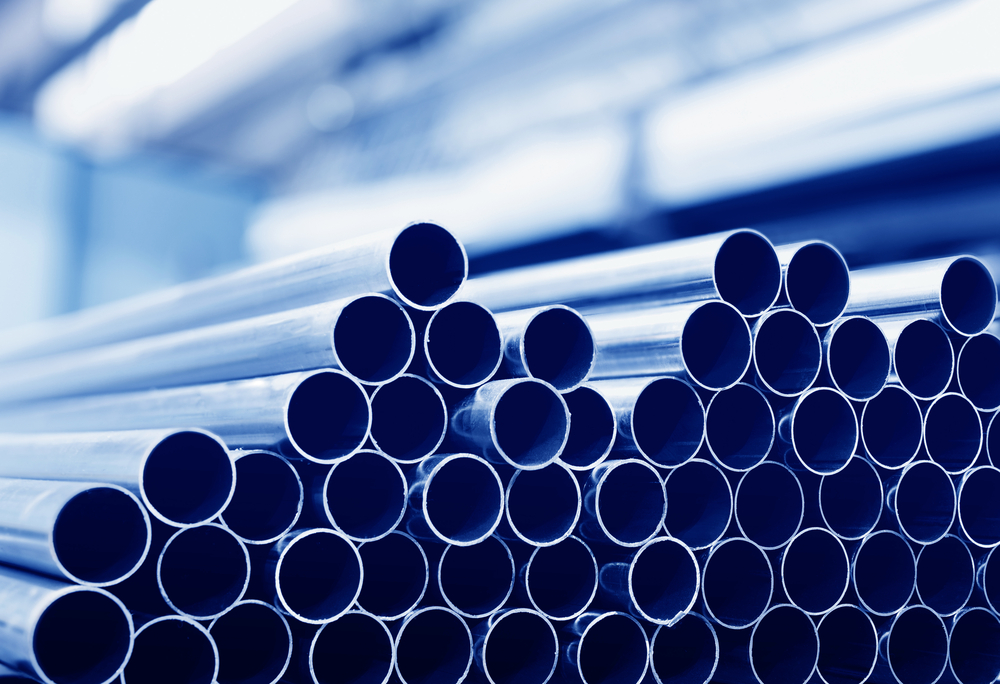